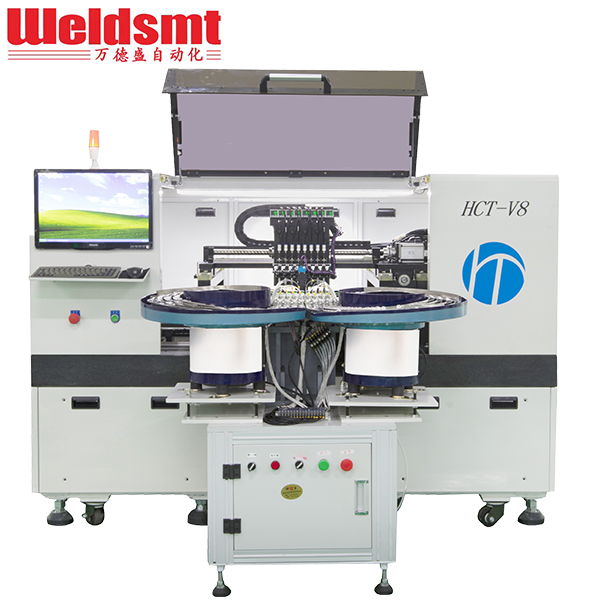 Unlike standard placement machines that have been adapted to LED assembly, the HCT automatic pick and place machines are purpose built, allowing it to do its one thing – building LED boards and LED driver boards – really well.

•  High-accuracy: Vision On the Fly Alignment to guarantee high accuracy.

•  With a SMEMA-compatible inline conveyor for line automation.

Write your message here and send it to us